Dubai’s hotel sector is swinging back into action and, with numerous unique hotels set to open and many more planned, the design industry is enjoying a creative boost.

According to industry database TopHotelProjects, it’s estimated that there are currently some 150 new hotels in the pipeline in the emirate. Around 70 are scheduled to open this year, 34 in 2022 and a further 11 in 2023, followed by another 29.

“The fact that there are so many new hotels in the pipeline across the whole region is a really positive signal for the design industry, indicating the growing market demand that Downtown Design’s exhibitors will be able to access this November,” says David Ross, Director, Downtown Design, adding, “With business picking up momentum, the Fair will provide the ideal platform for the industry to discover these opportunities and others, and to meet the key designers, architects and property developers involved.”

As we move into the post-Covid era, several leading hotel chains – including SLS, The St. Regis Dubai – The Palm and Hilton, to name but a few – have opened impressive new luxury hotels in the UAE this year.

Other premier hotel chains scheduled to open properties over the next few years include Mandarin Oriental, The Dorchester, Langham Place and Bellagio – The Island Resort.

Various new plans were announced in Dubai during the recent Arabian Travel Market – the first in-person trade show since the Covid pandemic started in March 2020.

At the major event, companies like Hilton and Accor and many others revealed plans to significantly increase their portfolios in the UAE and Saudi Arabia, as well as throughout the GCC and the wider ME region – offering an abundance of new opportunities for the architecture and design communities.

Other luxurious five-star hotels due to open before the end of this year include, The Dubai Edition, Raffles The Palm Dubai and the Hyde Business Bay Dubai. The Spanish luxury design chain Meliá also recently revealed plans to open a Gran Meliá Port La Mer in Dubai and two hotels in Doha.

The UAE’s hotel and hospitality scene has been expanding of late with new 4-star hotels, restaurants and bars. These include the friendly and quirky Rove La Mer Beach Hotel, the first of three Rove properties to have been conceptualised and designed for the Dubai chain by prominent UAE-based interior architect Christian Merieau of MMAC. Located in the Port La Mer beach in Jumeirah, the 366-room beachfront hotel has a laid-back interior style peppered with whimsical interior motifs.

Downtown Design News looks at a few of the exciting new hotels that have recently opened or are due to open soon in Dubai:

Vida, another indigenous hotel chain and part of the Emaar Hospitality Group, has also been spreading its wings with glamorous new properties in the vibrant new Dubai Creek Harbour district and the northern emirate of Umm Al Quwain.

The Vida Beach Resort Umm Al Quwain hotel was designed to introduce the popular ‘Instagrammable’ hotel trend to this fast-developing emirate. The 135 room seafront property also features eight beach huts, the result of collaborations with numerous UAE-based artists, who created original yet fun interiors that are perfect for social media sharing by guests and their accompanying pets! 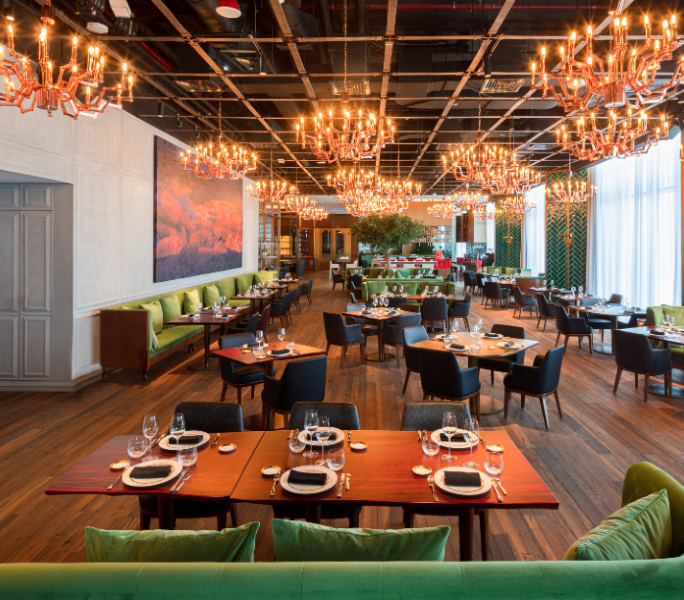 The recent opening of the 75-floor SLS Dubai Hotel & Residences brings an exciting fusion of glamorous Miami, Beverly Hills and Dubai styles, that combine to create a unique Middle Eastern interpretation of the luxury brand. Designed by Paul Bishop, founder of Bishop Design, the the project includes some 254 hotel rooms, 321 hotel apartments and 371 residences and restaurants.

By combining ornate classical details with raw finishes, the design team created an unconventional perception of luxury with a touch of humour.

"With an influx of leading hospitality brands set to make their appearances in the region, SLS Dubai Hotel & Residences stands as a catalyst for a new age of design,” says much-in-demand Dubai-based designer Bishop, adding: “We're always respectful of the demographic that we are designing for but [also] progressively devoted to consumer desires for experiences that are much more contemporary, modern [and] playful, with worldly characters and diverse lifestyle opportunities."

ME Dubai by Meliá by Zaha Hadid

ME Dubai by Meliá, The Opus

Meanwhile, the 74-room ME Dubai by Meliá at Opus, which opened just before lock-down last year, is currently undergoing some chic design additions, including some new restaurants. The new facilities at the property, which was designed by the late Anglo-Iraqi Pritzker-winning architect Zaha Hadid, are set to open later this year. 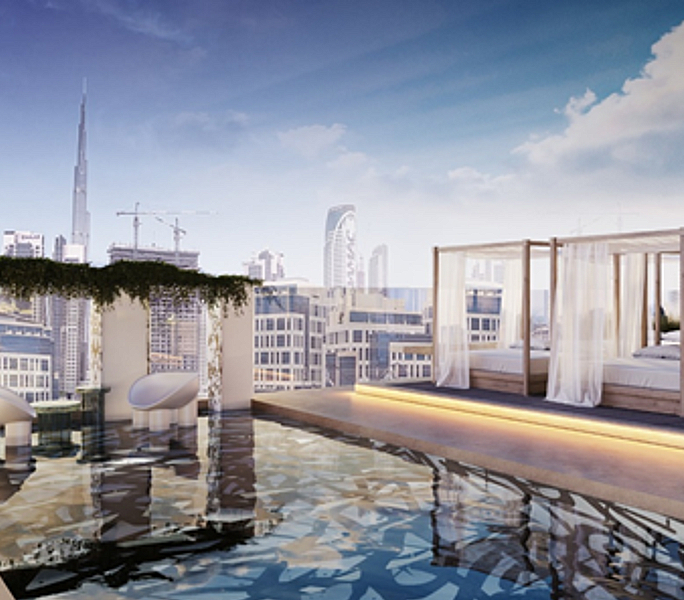 Among the new hotels due to open towards the end of 2021 is Accor's new 274-room, five-star Hyde Hotel in Dubai’s Business Bay, which is poised to open in Q4. The hotel’s public areas, guestrooms and Cleo Mediterranean restaurant are being designed by Italian design firm Ciarmoli Queda Studio.

In addition, Tristan Plessis Studio will design the Katsuya and Hudson Tavern outlets and the Hyde pool and lounge.

The project is being developed in collaboration with Emerald Palace Group (EPG). “No expense is being spared in the construction and décor, and we are confident that our guests will appreciate the attention that’s been paid to every last detail,” says Dr Nver Mkhitaryan, owner of EPG.

In November, Downtown Design 2021 in Dubai will showcase the latest global interior design trends and visitors will… 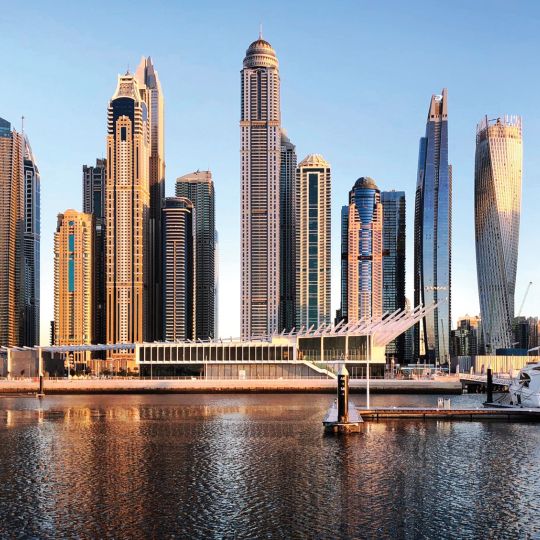 With a plethora of new and varied projects on the drawing board, Dubai-based interior designers and architects are… 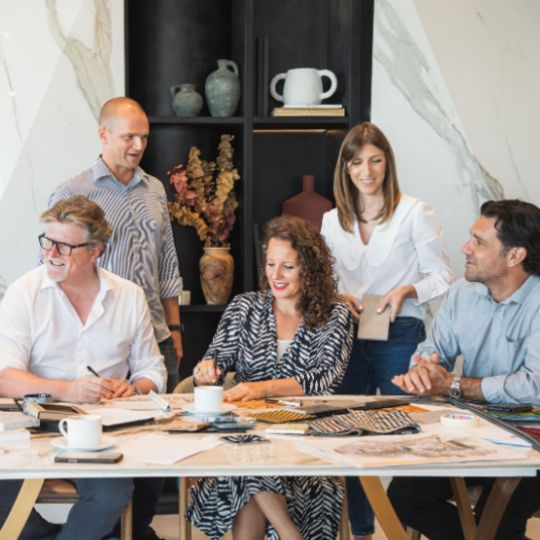 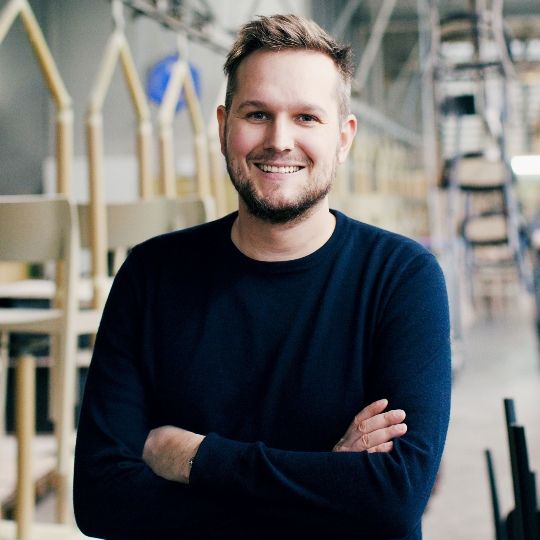 One of Europe's most in-demand industrial designers, Sebastian Herkner will share his unique vision for the design scene… 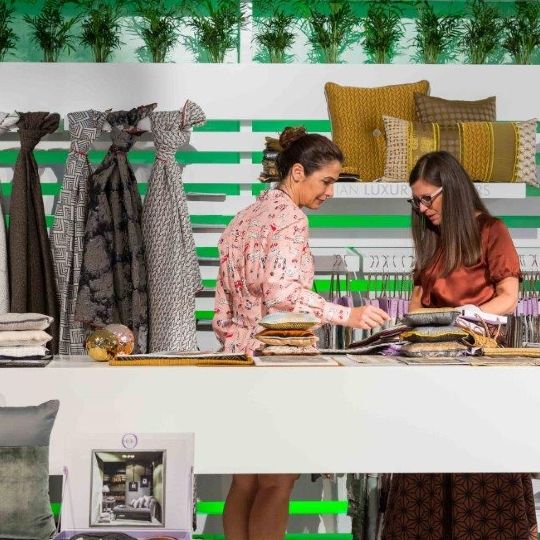 Downtown Design’s widely anticipated return to a full, live and in-person fair on the 8-12 of November will create a… 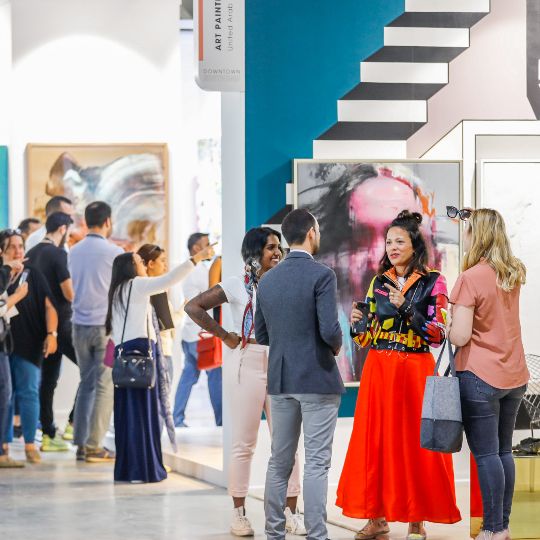 Spearheaded by a dynamic new management team, the organisers of this year's live edition of Downtown Design promise a…