Anthony James is a British/American artist based in Los Angeles, known for his monumental and performative sculptures and installations. James graduated from Central Saint Martins College of Art and Design in 1998. His work gestures towards minimalism, materiality, process, alchemy, language, mechanization, and experimentation with light and space.

James gained international recognition when he debuted his Birch Series in New York City in 2005. The pieces consisted of internally lit infinity vitrines creating endless birch forests which are associated with magical symbolism. James was inspired by the ancient Greeks who burned sacrifices to Aphrodite in birch forests. The works also referenced the containment and simulation of nature.

As is the case with all of the artist’s creations, the Icosahedron instigated discussions about divinity, infinity and cosmology.

As much a dynamic sculpture as it is a mathematical equation, the Icosahedron is inspired by Plato’s experiment in unity where he demonstrated perfect symmetry in three dimensions, the sculpture is composed of repeating equilateral triangles that create a 20 sided cage of steel. Inside, a psychedelic core of glowing light is awe-striking and meditative all at once.

"The Icosahedron is the highest and most beautiful geometric shape of the five platonic bodies and is associated with the element water. Water is all about flow, movement, and unity" says James about the monumental piece that spotlighted the beginning of the Downtown Editions section within Downtown Design’s purpose built-venue.

Made of stainless steel, glass, and LED lights, the Icosahedron made its way to Dubai from the Crystal Bridges Museum of American Art in Northwest Arkansas where it was exhibited in October 2019.

It is presented by House of Fine Art - HOFA Gallery, specialists in contemporary art by established and emerging international artists.

Swiss Bureau’s concept for the forum explored the confluence of tradition and modernity. 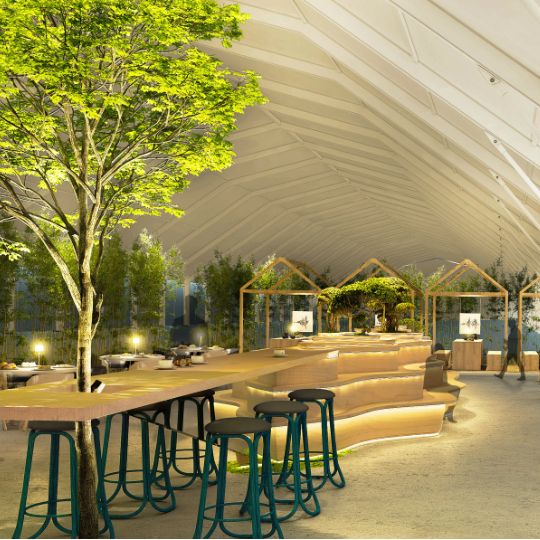 XBD Collective had envisioned the fair café as a sanctuary for visitors to relax and get together. 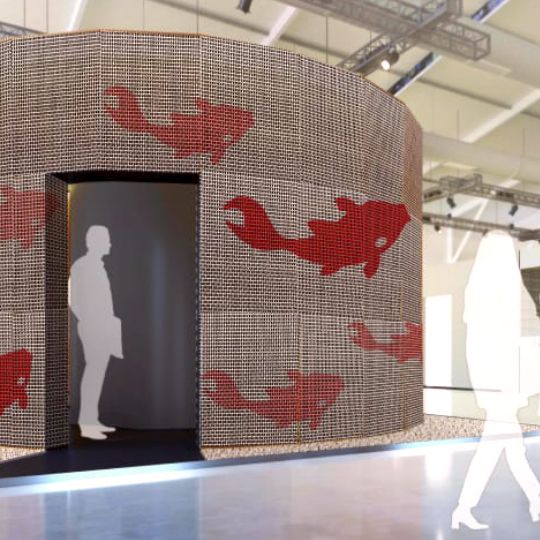 Looking to the East, LWK + PARTNERS unveiled their conceptual pagoda. 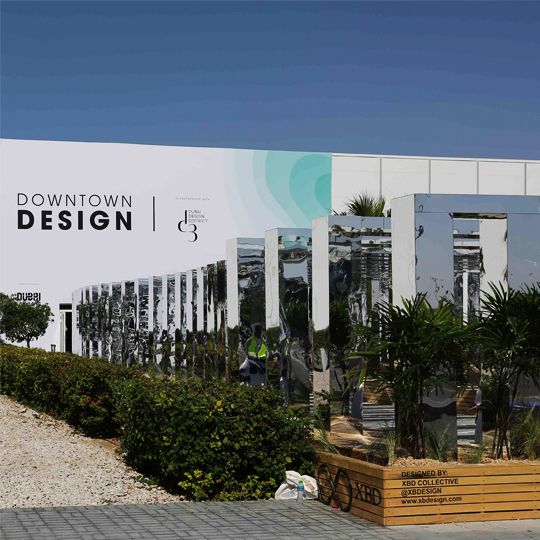 A kaleidoscopic gateway connected visitors to their surroundings and each other. 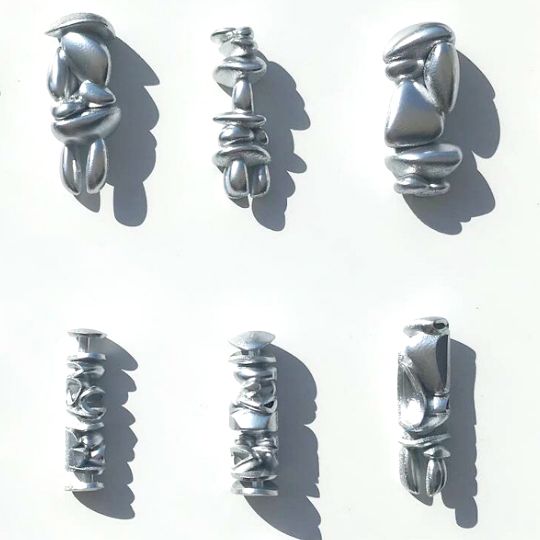 'Madar’ was a platform for the exchange of design knowledge and research. 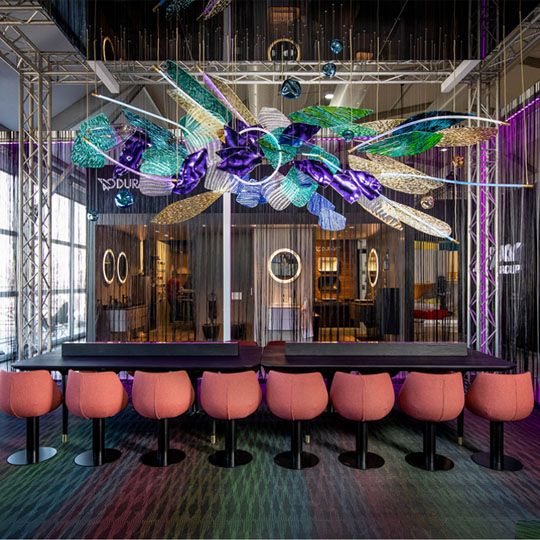 Wilson Associates celebrated diversity with their concept for this year’s bar. 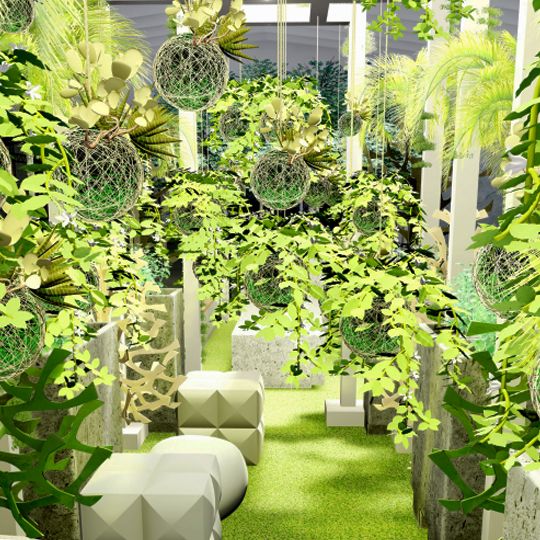 In a bid to experiment with the concepts of horticultural interventions in the public sphere, landscape architects…