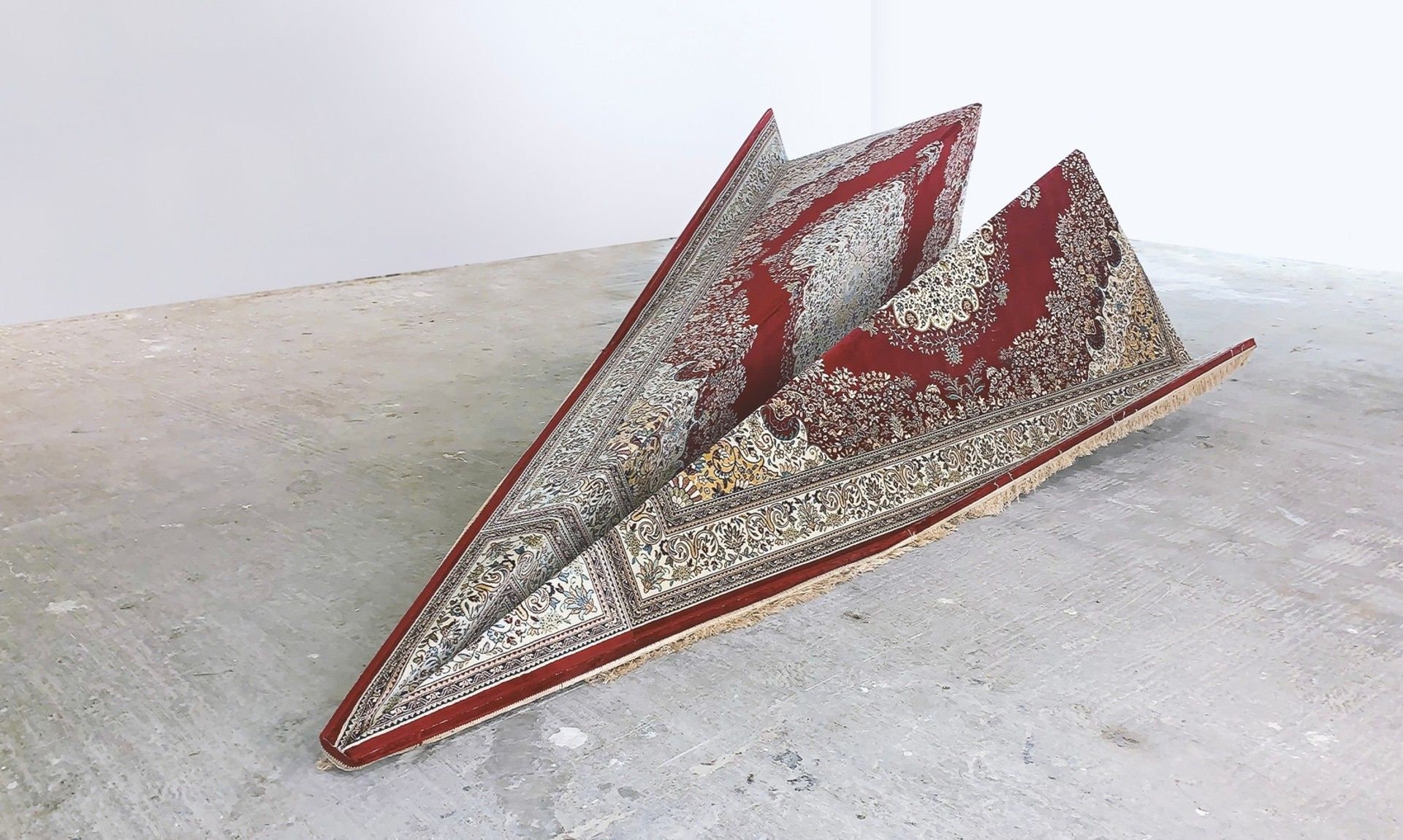 As a Lebanese-Saudi artist living in Jeddah, Chaaban explores his own identity as an Arab man within in a Westernized society in the Middle East, yet tries to embrace Orientalism and his past to inspire new dialogue.

Moved by human interaction, Chaaban creates intangible spaces to stimulate dialogue, leaving room for narrative and questions as well as  two characters – one which is involved in conversation and one which is observing it. In his superhero carpet works, the Arab man is not only an indirect self portrait of the artist, but also represents a dichotomy between the Westernized heroic figure who is seeking balance between the modern world and the rich historical Orientalist past ingrained within the artist’s heritage. The carpet is a prominent aspect of visual culture, and society’s mindful appreciation of the object as an Arab heirloom allows the artist to use it as a symbol of the Arab man, juxtaposing it with a contemporary portrait of a Western superhero.